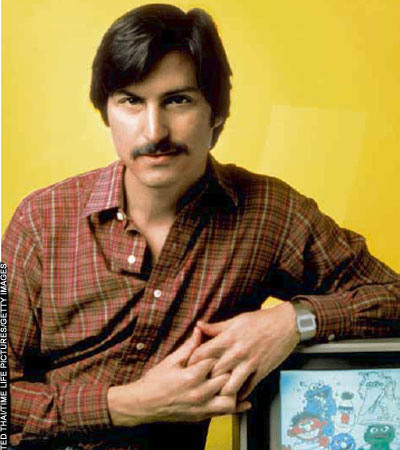 I couldn’t let the day go by without commenting on Steve Jobs’ resignation as Apple CEO. But rather than write something totally new I’m going to post two entries I made on Facebook that capture my views of the situation:

While my friends and I were playing around on ASR33 teletypes connected to BOCES LIRICS’ DECsystem-10, Bill Gates and Paul Allen were doing the same (the Lakeside School in Seattle had its own DECsystem-10). That is what got us all hooked on computers. Steve Jobs and Steve Wozniak followed a slightly different route but ended up in a similar place. Many SHS alumni went on to careers in computing, and we’ve made some major contributions (although obviously nothing on the same scale as these other guys). In particular Jobs and Gates became the two key leaders of the computer industry as we transitioned to “personal computing”, and just as importantly the two most important industrialists of the baby boom generation. I went to work for Bill, but have no less respect for Steve’s importance to our industry and our generation. When Bill decided to move his full-time focus from Microsoft to charity work I was saddened that I wouldn’t be working with him but happy for what it meant for the world overall. But Steve being forced from his CEO role at Apple over health reasons saddens me tremendously. It is, as Stephen Gyetko points out, pretty ominous and I am taking it quite personally. And so in the spirit of this group, you really know you’re from Syosset if you used the ASR33s when there was one each in adjoining closets on the second floor of the E wing (around the corner from Mr. T’s) when the teachers were clueless (or even scared) about what to do with them and everyone else in the school thought you were nuts; And you can trace that experience to the news of the day.
#2:

The interesting thing is that I don’t consider Jobs that unique in the “visionary” camp. Everything Apple did came from somewhere else. Jobs real contribution was in being the perfectionist who turned those concepts into products that people wanted and wanted as passionately as he wanted to make them. And what he did more brilliantly in his second life at Apple than he did in his first was to have perfect timing of bringing new products to market just as the underlying technologies reached sufficient maturity to allow mass market adoption. The iPod wasn’t the first music player, the iPhone wasn’t the first smartphone, the iPad wasn’t the first tablet. Nor was the Mac (or even the Lisa) the first GUI OS. But in each case the execution (from the end-user standpoint) was superb. Gates had similar, or even more far reaching, vision but Microsoft’s software-only business model, reliance on OEMs and other partners to complete even the basic product offering, breadth of activities, and even Bill’s management style couldn’t realize those visions in the same polished way that Apple (as a vertically integrated systems vendor) could. Bill’s huge business innovation was the OEM model for software. Steve’s was in getting both media companies and telecom carriers to alter their business models to accomodate the experiences he wanted to create. And overcoming Apple’s inability to get shelf space in retail stores by creating his own (again, not the first computer manufacturer to try it but the first to truly succeed at it) retail stores. Apple will of course continue on and do well for now. The real test will be when the next sea-change comes along and there is internal friction over how to respond. That’s when Jobs will really be missed.